I have this thing where I don't buy knitting or crocheting patterns.  I don't understand why I should pay for one when there are so many amazing patterns for free on the internet.  I get really irritated when I find an adorable picture, click on it, and find out they want me to pay $5 for it on Etsy or Ravelry.  It usually ends up in a little bit of cursing like a sailor as I attempt to peruse the World Wide Web for a comparable version that's free. And 9 times out of 10 I find one.  Or at least one I can alter enough to make it work.

It's not just that I'm cheap.  And for Pete's sake I'm in graduate school and am living off of loan money so I seriously need to be cheap. It's also that I don't understand why a PDF should cost that much money.

Those 1 out of 10 times when there is no better alternative I get super disappointed.  But I haven't given in yet and I am damn stubborn, so I'm thinking I'll hold out until my pattern-making skills catch up to my desires.  My inner biologist is obsessed with realistic animal stuffed animals (like this iguana) on PlanetJune and by jove one day I will make my own.

Just this week I was riding home from school and sat next to a lady knitting something itty bitty, so I asked what she was making.  She told me all about these little stuffed hexagons (or "hexipuffs") she was making from scraps and how they very neatly get put together to make a puffy little quilt.  I have tons of scraps! and I love projects I can do in class or on the train! Perfect!


But then I came home and found it on Ravelry and realized that the very cute Beekeeper's Quilt pattern costs $5.50.  I got very grumpy and spent two days mulling over whether it was worth buying it.  Was this pattern really worth caving in for?  And seriously, over $5?!  It's very small and simple.  Plus from what I read on the few blog posts I read (there are hundreds) many people ended up modifying the cast on, the increase/decrease, or the bind off.  I'm definitely not paying it if I'm going to have to change it anyways.

So my decision was made- I was going to make it up.  And if I'm  making it up then I can change it!  So I made mine a little bigger so that I can make fewer of them. Because 450 of those little buggers for just a lap blanket is insanity.  It should be easily changeable for those who want to make it smaller or bigger. 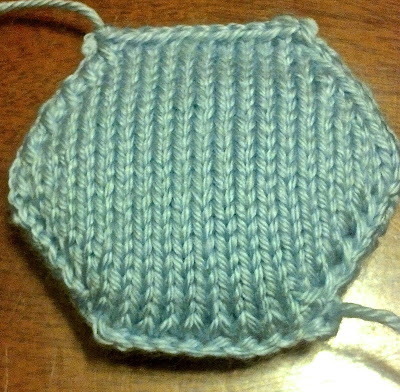 My plan is to do a full photo tutorial in the near future, but this was my first one, so I wanted to trial and error a bit before the real camera comes out.

5 double pointed needles (I used size 2, but you could use a larger one)

don’t turn, slide to right
with 2 parallel DPNs pick up 1 on back, then 1 on front needle until you have 5 on each.  repeat with 2 more DPNs

As I said earlier, better pictures will follow, but here are some fuzzy ones off of my phone as a teaser: 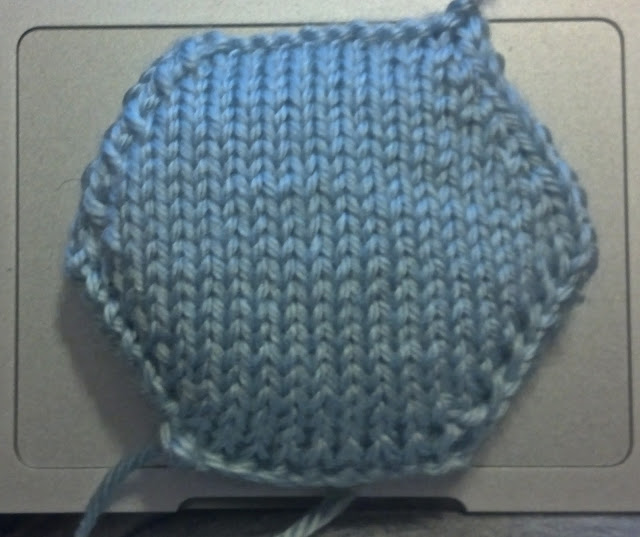 as a size comparison, that's on the mousepad of my macbook 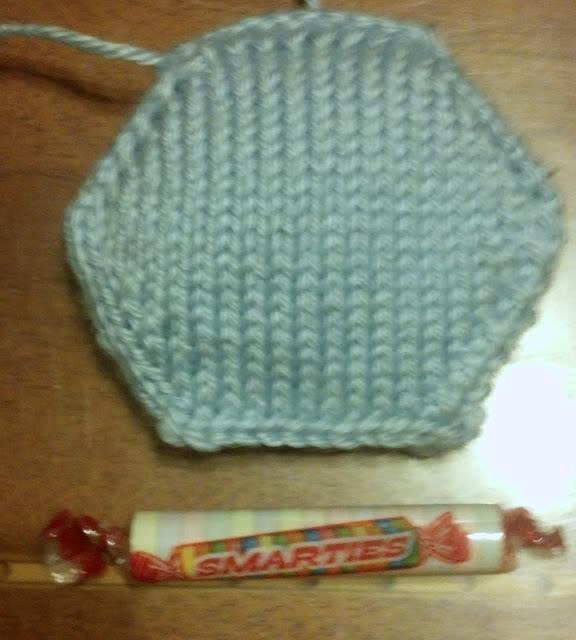 another size comparison to some smarties

I am very excited to get churning these things out.  My plan is to make seat cushions for my kitchen chairs, with some I-cords to tie them on.  Hopefully in the next few weeks I can put together a photo tutorial and a PDF for download on Ravelry that will include how to connect them and making the I-cord ties.


So readers-  how do you feel about paying for patterns online?  Is this something other people get frustrated/struggle with?

I love you. I've been scouring tie WWW for a free pattern like this. And like you I think patterns are (mostly) overpriced. I too have made my own version of patterns like that available on my blog. The worst thing I know is people finding something in another language, translating it, maybe, maybe not changing it a bit, and then claiming it for their own with a fancy name.

I did exactly what you did, scour the internet looking for that pattern
That's how I found yours, thank you! I realize that people put effort into writing those patterns but I simply won't buy one unless it's really special

Thanks soooo much! I just saw a crochet hex on instagram, but im a knitter.. you are so kind to share! I hate that our world has become so monetized! To me, life is about making friends, being a good neighbor, and sharing.

I'm not rich, and I do prefer a free pattern when I can get it, I do try to support the community as often as I can - which because I'm always broke isn't as often as I'd prefer. Some folks, like myself, call this their career. I used to be a manager of a mail order pharmacy and had some things happen in my ife that caused some mental health issues (PTSD, general anxiety disorder, severe panic disorder...). This caused me issues with working.. But, I don't feel like I was completely disabled, and didn't want to be. So I had to find something to do to make money to take care of myself. Knitting is very cathartic for me and was something I did to work thru some of my episodes. So, I decided to design patterns for a living. Im at the beginning of my career with this, as I did try to find other employment opportunities that just didn't work out but I gave it a try. And I will offer at least a 3rd of my patterns for free bc had it not been for free patterns, I would've never learned how to knit and would then not have this medicine to help with my mental illness (I still dislike calling it mental illness but it is what it is, and to keep on keeping on I have to be okay with that.). So, like I said in the beginning, I'd prefer not to pay for patterns but as I move thru this journey, I'm learning that this definitely is work and I don't mind as much to pay for patterns as I used to. However, I think the price should match the work and the designer should offer some patterns for free bc WE ARE a community afterall. Happy knitting, or crocheting,, everyone!

Thank you for posting this information. While I don't mind paying for patterns and as an artist myself I understand that it takes skill and time to create patterns/designs, some patterns seem a little high for what's involved. I do weigh my options when it comes to the ratio of price to complexity and will usually go for the super awesome two colored cabled stranded color work pattern for $5-10 rather than something that I can probably figure out myself. On the flip side, if a simple pattern is a buck or two, I'll probably just save the time to figure it out and buy the pattern. :-)
Anyway, I'm so glad to find your simple instructions, so that I can just get a stitch count on these cute little hexies. Thank you so much & happy knitting.